A while ago we teased some new UI design concepts and some proposed changes. Last week we mentioned that we're making significant changes to the extensive arena UIs and the proposed redesign would make things a lot easier, and better. It will also save us changing things yet again in future. Right now we're trying to fully implement this new UI system and start using it right away.

We felt that the current UI is ugly and very computer software-y, it didn't fit the game visually at all. It's also not very legible, confusing to look at and intrusive. A very important advantage of the new design though is that we can overlay large interfaces on the screen seamlessly and without having to worry about filling every space and packing everything tightly, which solves a lot of problems with UI design.

There are still some technical details to resolve, but we have the core UI system working in game and we're very pleased with the results. It's more pleasing and graphical, but also clean and very versatile. We've also implemented efficient full 3D renderings transparently integrated into the UI, which is not as simple as it might sound.

Here's a screenshot of some common UI elements using the new GUI system. Note that we plan to allow users to tweak the transparency to their preference. 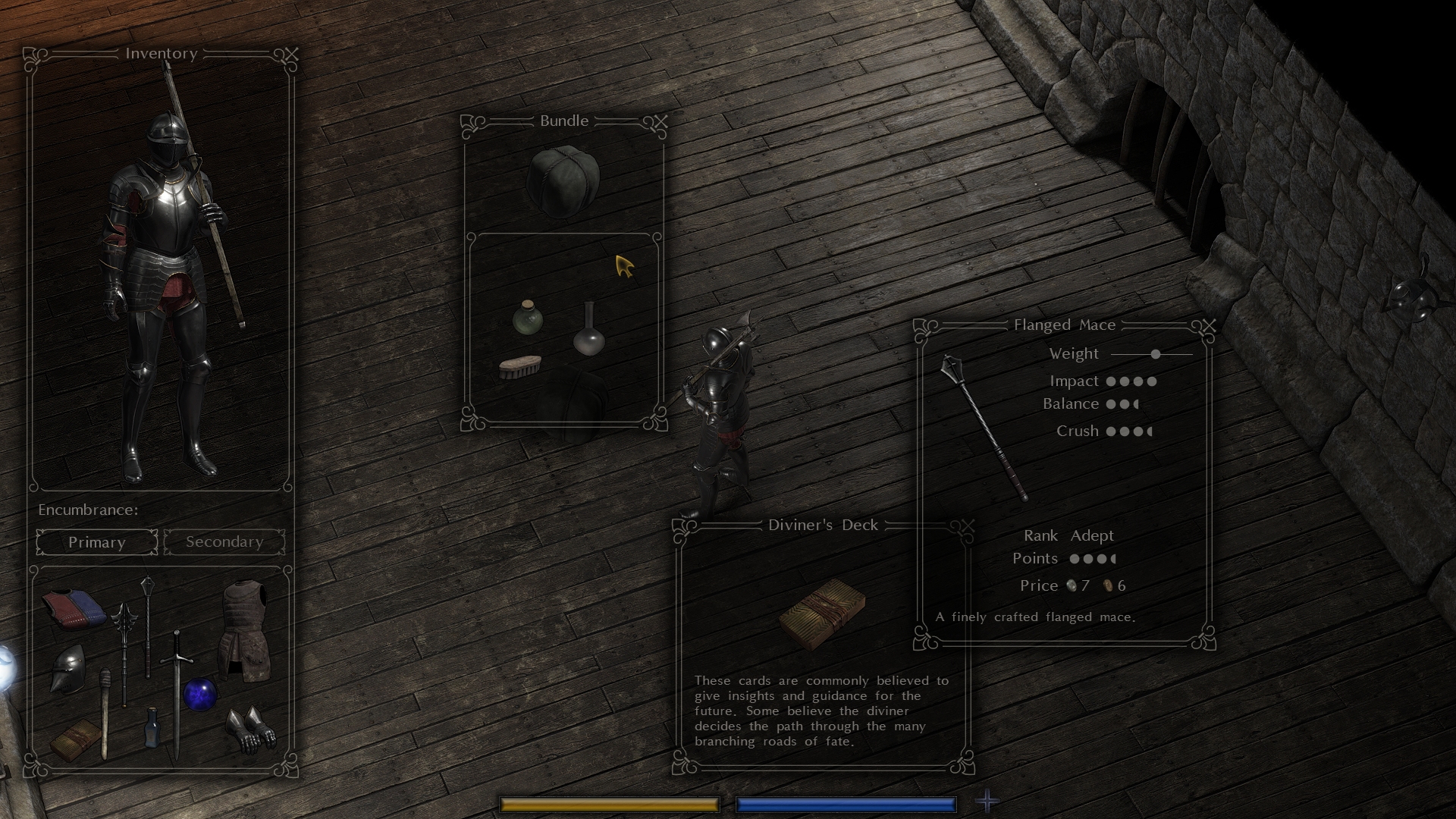 This will work as a direct replacement for most existing UIs, but we are making some more significant changes to various screens. The skill UI in particular is being replaced with a large full screen overlay which is much nicer to look at and easier to navigate, but still very unobtrusive.


We hope to have the new user interface fully integrated into a new beta patch very soon, as well as various other changes an improvements. We're still making lots of procedural weapons using our new improved workflow, and we've resolved some final technical issues with generating materials for very large weapons, so we should be ready to do all weapon types now.