We're still mostly working on tournaments, but also a few other features and mechanics, as well just fixing and polishing some things for the release.

Something we wanted for tournaments is better equipped opponents. The variety and randomness of equipment worn by NPCs in arena is fine, but in tournaments you're up against the best, they should be able to afford basic equipment and choose it intelligently. We've made a smarter outfit builder and included another useful feature: the outfit can follow a predefined colour scheme with colours clearly contrasted on different body parts. Each company competing in the tournament will have its recognisable theme.

A feature we've put work into already and hope to introduce soon is dyes. We did get a bit stuck on how to represent these visually as items, we tried some shader tricks before to colour the bottles, but it wasn't very convincing. We had another go at this, aiming for something more realistic and versatile that we can also use for alchemy and general world building. With the new effect we can put varying amounts of different looking liquid in any glass container. It looks quite good and interacts well with the physics. 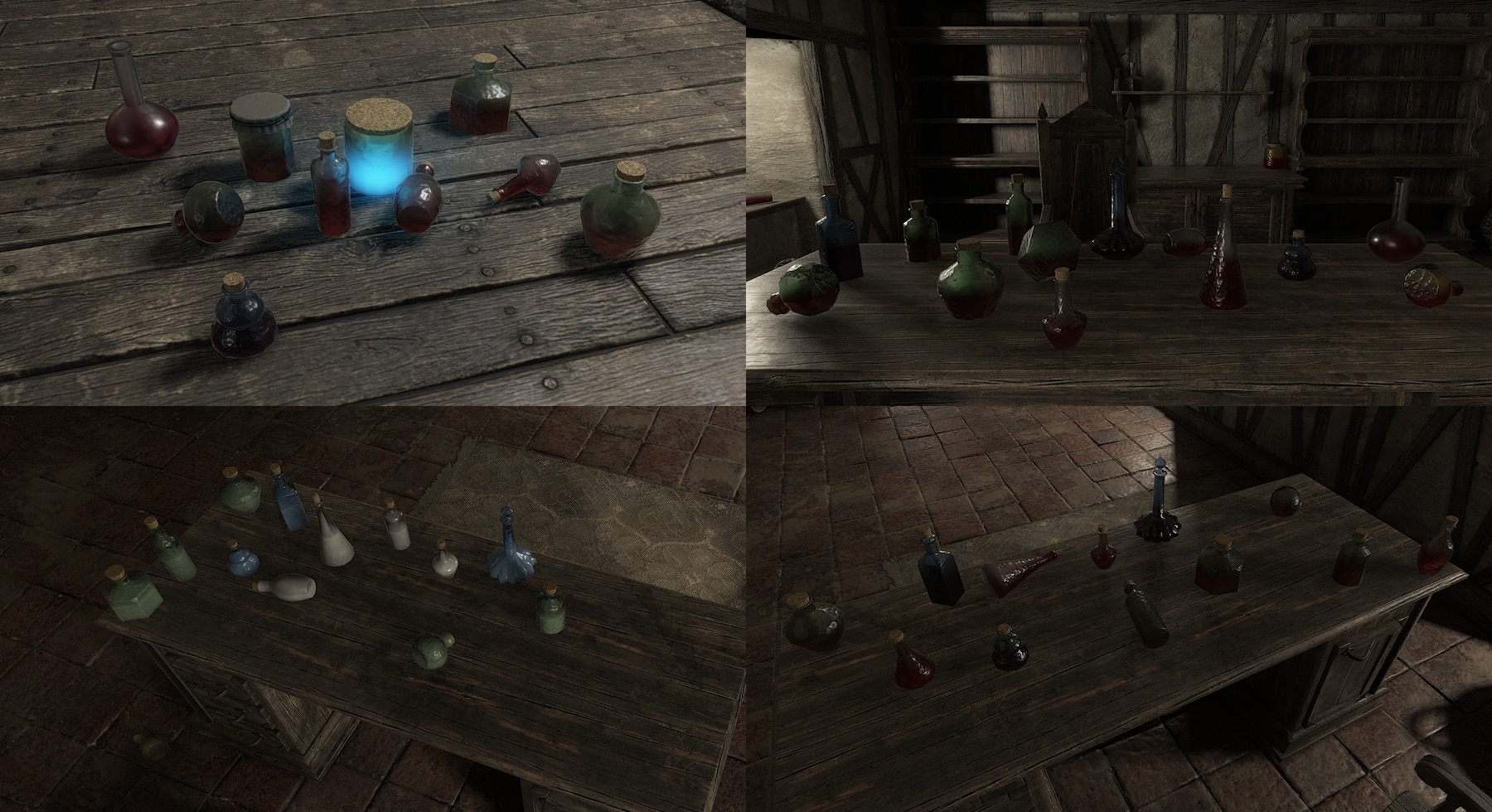 There's a few other arena features in the works, mostly core but simple changes that could have quite an impact, as well as better support future additions. But more on that later.

Member
Yo, companies!?! That's something I didn't know we needed