We're still working to complete the arena update, with some good progress made. The new match system that allows you to configure and run the standard match types as you like is done, along with some general changes to the match board that now looks like this: 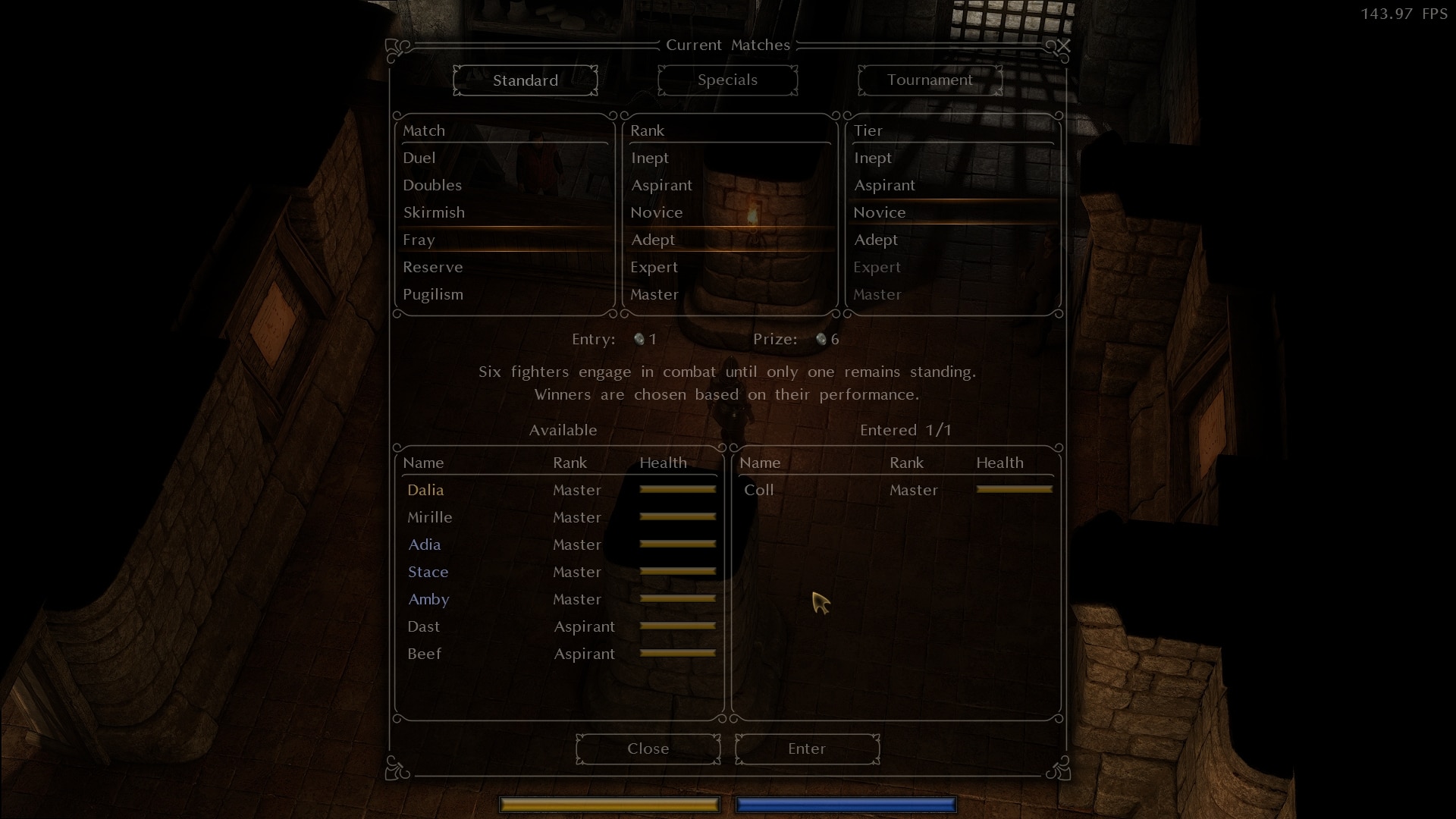 There's a few new match types we're adding too, and some changes to how some of the current matches work.

We're also replacing more weapons with new procedural ones. We have 6 more procedural weapons ready, with more in progress. We're covering more low end and improvised weapons now, so we've also added new procedural materials like coarser woods and iron and some simplified procedural descriptions. We've made a few more general advances with procedural weapons that give us even more flexibility with how we use and adapt components for different weapons and more variation in general.

We've also replaced more UIs, and have now covered all in game interface controls and elements. We can update the last remaining user interfaces now and call that complete. We still need to hotfix some item management systems and do another round of testing, so we'll almost certainly do another beta branch update in the next few days.


Have a great week!
-the BM team

Member
when 'save wipe' mentioned in 2/8/21 supposed to happen? is it safe to start long term playthrough?

I think he has already prepared himself for school.
Click to expand...

Member
I can't wait to see what's next now that the arena mode & ui are nearing completion! Personally I'd be glad to see more thaumaturgy classes, especially the one about light that I've heard about. Anyways, you guys have done great work once again. Keep it up!
You must log in or register to reply here.
Share:
Twitter Reddit Pinterest Tumblr WhatsApp Email Link
Menu
Log in
Register
Top