We're working on a few things at the moment, including a bunch of new procedural weapons along with a number of improvements to the system that provide more variation, more detailed stat modifiers and some better proc materials. We're in the process of finalising various new assets for the arena, we're overhauling the last parts of the user interface such as the creation screens and we've also been making some adjustments and improvements to some attack motions.

The focus however has still been on AI. We identified various flaws in the AI and made a bunch of improvements, but despite our efforts we found it was still trivial for an experienced player to beat it and just completely control the fight. We really want fights with the most skilled AI to be more dynamic and engaging so we're not giving up yet. We've been trying to really break down what allows a player to completely dominate the AI and we think we have a good idea of it now, but it's quite complicated.

Combat in Exanima doesn't boil down to just a well timed input, and a player can predict what will happen well ahead of time, see openings long in advance and engage in a series of actions to prepare for and use that opening. You position, turn to prepare a swing, begin swinging, turn with the swing, step as your weapon gains momentum, change direction, turn steps into dashes etc. All these actions have to be independently timed and they can each be adjusted or cancelled. This for the player is a simple and fluid process, but for the AI the amount of anticipating, planning and coordination required is a very difficult problem.

We are not trying to make some flawless unbeatable AI, but we need to do something about it being totally defenceless against simple, but very well timed repetitive player actions. The tactics system should help in making the AI less predictable, but now we have a detailed breakdown of the flow of combat that we are using to correct the AIs most important mistakes. This is also very useful in designing the tactics themselves.

We should have some upgraded AI ready for testing very soon, along with various other improvements and of course a fresh batch of procedural weapons. Here's a screenshot of some of the new weapons: 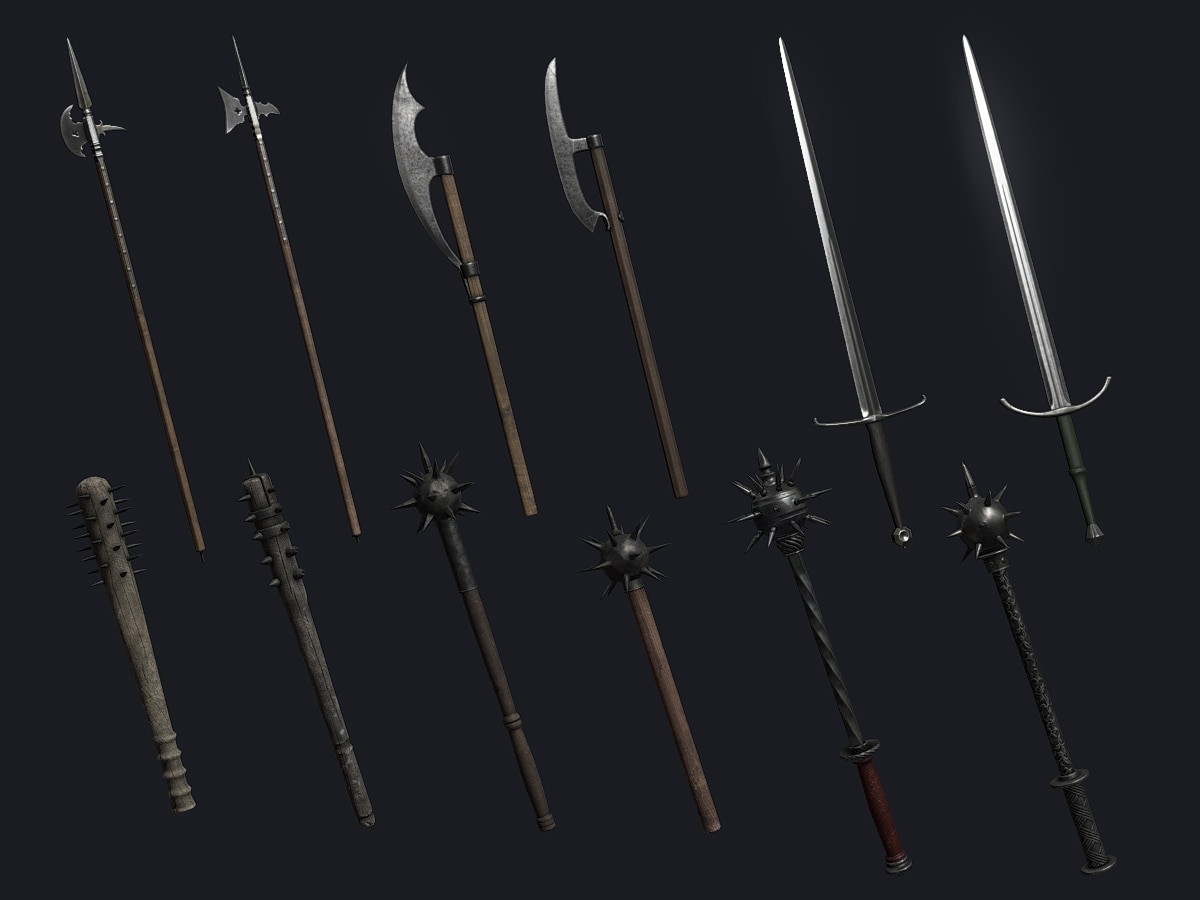 Member
GUYS HE DID THE FUNNY, HE SAID SOON

Member
i see it
I

Member
Do you guys need any help? I know a guy who's said he's interested, he develops creator tools for Giants Software so they can make Farming Simulator.