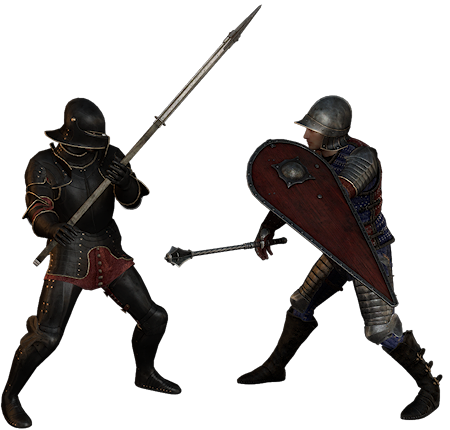 This update features a large number of improvements, largely based on recent feedback and to balance recent changes. We've also finalised some features that had been incomplete for some time.

Supporter
Very nice update! It's great to see how you continuously add new and improve existing features of the game!

Unfortunately, the issue I mentioned in this post still persists. Only gameplay in arenas is smooth (even reaching 100 FPS at times!), but the rest of the game is about 30 FPS and constant stuttering every few seconds.
G

Member
Nice little update so soon after the previous two. Good stuff. Please dont get caught up too long with tweaks though, the combat is pretty good right now and we're dying for content here! Love that torches dont get stuck as easily, that alone makes this patch awesome for me. Starting a new game to see the changes too, can't wait.
H

Member
When are you going to fix proctor bug because he is unplayable?

Member
@Hohol Could you be a bit more specific please?
I have played the Proctor before the update and after the update - of course I had to unlock her as new character, but it works.

Hohol said:
When are you going to fix proctor bug because he is unplayable?
Click to expand...

What's the issue exactly? We haven't heard anyone else report any problems with this.
H

Member
When i choose proctor i have noone on the screen and if i try to touch anything the game just crashes.
Last edited: Feb 16, 2017

Member
Does anyone else feel like somewhere in the last month or two the devs have nerfed Sir? Because now he lays down after just 4-5 good hits with a sword. Its kinda underwhelming.

Peasant135 said:
Does anyone else feel like somewhere in the last month or two the devs have nerfed Sir? Because now he lays down after just 4-5 good hits with a sword. Its kinda underwhelming.
Click to expand...

This is an unintended consequence from some of the recent changes to the game mechanics. Sir needs to be tweaked in order to restore some of his previous difficulty and to make him less exploitable.

Member
Ahhh...I see. Recently I made a headcanon that Sir is so weak because of the passage of time. Because no way he would've chased away all the people on 4th level the way he is now. He might not need to eat but his body still wears down. Or so I thought.

Member
Novice arena beast matches are either easier now, or I've gotten better at fighting them. Up until this most recent patch, I had defeated only one novice beast, after patch i've murdered 4. True or False, the Beast is weaker?
G

Only one thing that I've noticed: there aren't any options for really close combat.

To put it another way, there is no way to fight in the "clinch." This is especially noticeable in the smaller outdoor arena, where tight circling becomes necessary rather than the linear back and forth. Once you've been backed into a corner the silliest and safest way to escape is just to right click and run full speed into your opponent, since he has no way of dealing damage once you're so close. If he does strike you, it does extremely minimal damage, especially in higher tiers where plate armor and chain mail are ubiquitous.

The introduction of a shield bash or a haft strike that could create distance or otherwise punish the aggressive distance closing opponent would make combat much more dynamic. There isn't really a reliable way to influence your opponent's footwork, which is certainly irritating in the 2v2 or 3v3 fights. It is hard to score a hit int eh double team because there isn't a way to hinder your opponent's escape.

In match-ups like sword, dagger, or mace against halberd, since the one-hander tends to get way too close for the halberdier to efficiently strike, the pole weapon ends up backstepping furiously for the majority of the match, which is annoying for everyone involved.

Just to reiterate, the combat at moderate distance is amazing. No other game is quite so thrilling in combat as Exanima, especially when the weapons have similar range. It just feels a little gimmicky that the player can escape damage so easily just by bodying their opponent. There's also the fact that a lot of actual combat manuals from historical times contain paragraph after paragraph describing half-swording, haft-striking, wrestling, etc all designed just for that situation where the enemy is far too close to effective swing your weapon.

Love your work, Bare Mettle! Keep it up!
A

You're asking nearly-impossible from the devs here. It would also make the combat even more complicated, it would also make it very hard to optimize or create a lot of ways for the player to cheese the npc's.
G

Midcal9 said:
You're asking nearly-impossible from the devs here. It would also make the combat even more complicated, it would also make it very hard to optimize or create a lot of ways for the player to cheese the npc's.
Click to expand...

I don't think it would be all that complex, considering they already have an alternative attack in place for thrusting.

General Vash said:
I don't think it would be all that complex, considering they already have an alternative attack in place for thrusting.
Click to expand...

Member
Another key-press and attack would make the character bash/shove/pommel-strike or whatever. That's just the simplest method, of course. I'm not a developer, but I think that the dearth of options in really close quarters is a drawback right now.
Last edited: Feb 20, 2017
You must log in or register to reply here.
Share:
Twitter Reddit Pinterest Tumblr WhatsApp Email Link
Menu
Log in
Register
Top